Home   /   Styling at Saadani National Park. A Tanzanian park where ‘the bush meets the beach’. 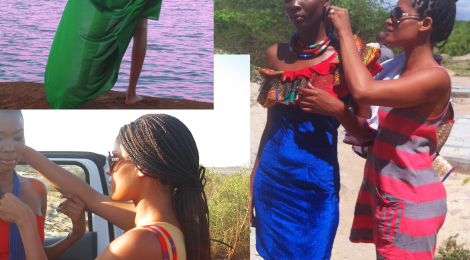 Styling at Saadani National Park. A Tanzanian park where ‘the bush meets the beach’.

A creative team got in touch with nature to produce a Tanzania National Parks 2014 calendar at Saadani National Park in October 2013. This production was photographed by Ali Zoeb, modeled by Miss Universe Tanzania 2013 Betty Boniface, directed by Maria Sarungi, make-up by Edna Ndibs and styled by I, Shellina Ebrahim. I made sure to bring respectable yet innovative pieces that have an African flair to them, and are designed by various designers in Tanzania to achieve a “Beauty Sells” theme. While the environment and inhabitants of Tanzania are full of natural beauty, ironically it is this same beauty that is the cause of it’s own endangerment. By styling in Saadani, I hope to share with the world the beautiful nature of Tanzania and emphasize the importance of stopping the killing of elephants for ivory.

After seeing more than 30 designs from various designers in Tanzania, I could only select about 15 pieces to bring to Saadani for styling our TANAPA calendar shoot. Pieces selected came from the following designers: Lucky Creations, Shwari Collectables, Jocktan, Kiki’s Boutique, Enjipai, and Franco Designs. I selected these pieces based on the creativity, innovation, and inspiration that went into creating each one. Known for her classy and colourful designs, Kiki’s boutique brightened our production with sophisticated modern pieces made of traditional African cloth called vitenge. Jocktan’s mixture of Maasai fabric with woven dry grass to create chic yet funky pieces is an impressive innovation that I have never come across before. Lucky’s use of cotton tie and die designed in modern pieces and mixed with flowy solid coloured fabrics empowered our production with maximum style. Shwari’s incorporation of shiny and plastic Maasai beads into simple A line long dresses added total elegance and glamour. Franco’s combination of velvet and kanga into cocktail pieces added fun and playfulness into story. The mix of designs inspired by various cultures of Tanzania, brought together in one fashion story is a dream come true. A dream that offers an important lesson about unity in protecting the beauty of our environment, a place we draw so much inspiration from.

About a 3 hour drive later from Dar-es-salaam, the creative team arrived at the entrance of Saadani National park.  A group of about 20 men and women were seated inside the park office and looked like they were waiting. Some looked anxious and had expressions of fear or shame. An expression I had seen before on faces of men accused of genocides as they underwent trials when I visited the Arusha Tribunal in the late 1990‘s for a school project. After many questions to our guard about the park, including who the 20 or so men where, he told us that they are people who have been caught poaching or elephant tusks were found in their homes in near by villages.  Our guard also mentioned that not long ago, detector censors were placed on each leader of 3 groups of 200 elephants in each group. Not long after, the 3 elephant leaders and their 600 followers could not be detected anywhere in or out of the park. The killing of elephants for their tusks is not far from a genocide, where a large group of people are killed deliberately because of their characteristics and/or history.

After entering the park and unloading our luggages, the whole team was taken to survey for suitable spots to execute our 2 day photo shoot.  A turtle breeding site, over 220 species of birds, historical remains, a variety of wild animals, a white sandy beach, water sparkling under the tropical sun, are just some of the attributes that make Saadani a special sanctuary for plants, animals and humans. At Saadani, “you can be interrupted while sun bathing on the beach under palm trees by elephants coming to drink water at the nearest water source.” (TANAPA). This attribute of suspense in beauty is what makes Saadani a very special reserve and the only one in East Africa where “the bush meets the beach.”

Here are some of the behind the scenes photos of the creative team as they brought together designs, accessories, make-up, art direction and photography to create a look of pure high fashion that captures the beauty of Tanzania. The same beauty that offers inspiration is the same beauty we are destroying through greed and myths. While elephants may be an adorable source of inspiration, they are also endangered  because the demand for ivory all over the world is still very high.

Just as this creative team brought together their talents and combined different cultural elements of Tanzania to capture the beauty of Saadani, we must all strengthen our unity all over the world and encourage against buying and wearing ivory. Poaching is not just endangering elephants alone. Rather, it has become a risk to our whole ecosystem and the tourism industry in Tanzania, which is crucial for development. ‘Beauty sells’, it shouldn’t kill. 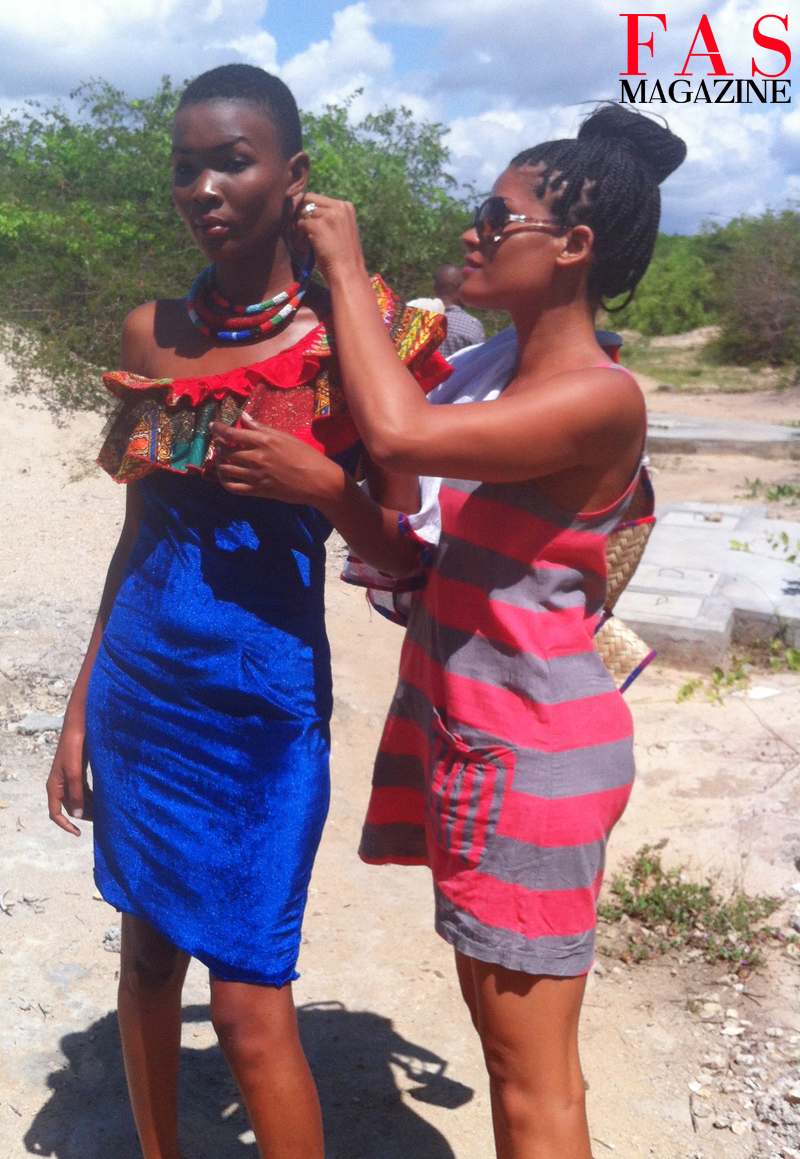 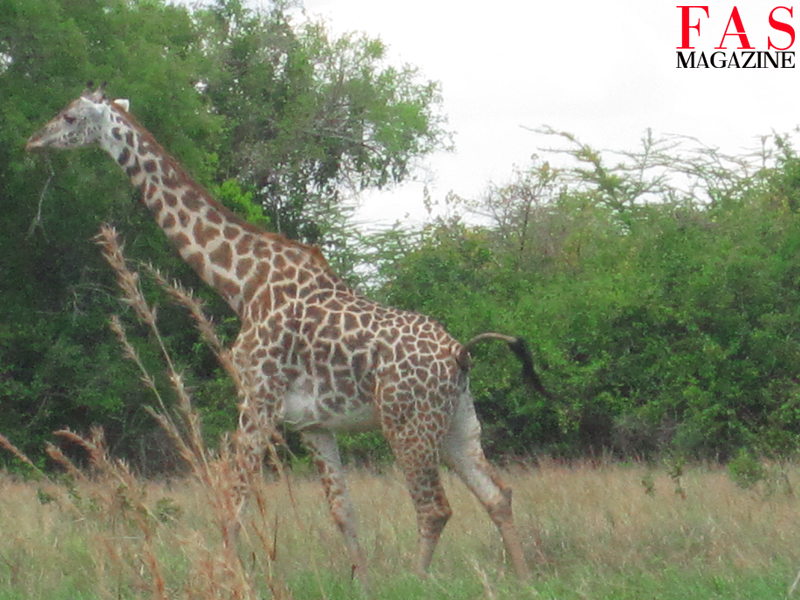 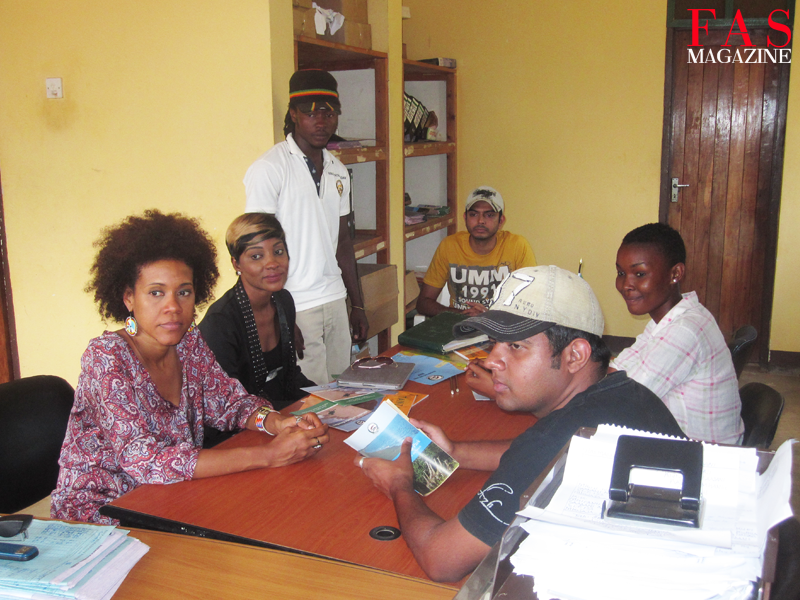 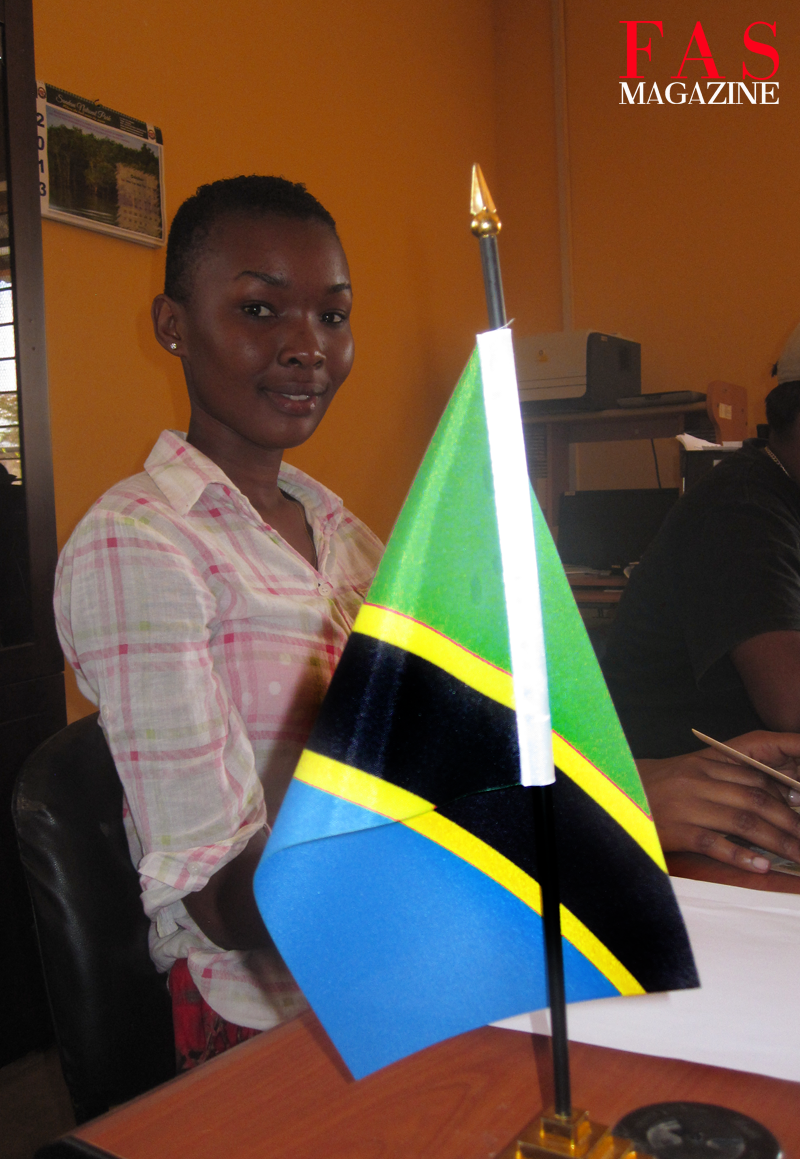 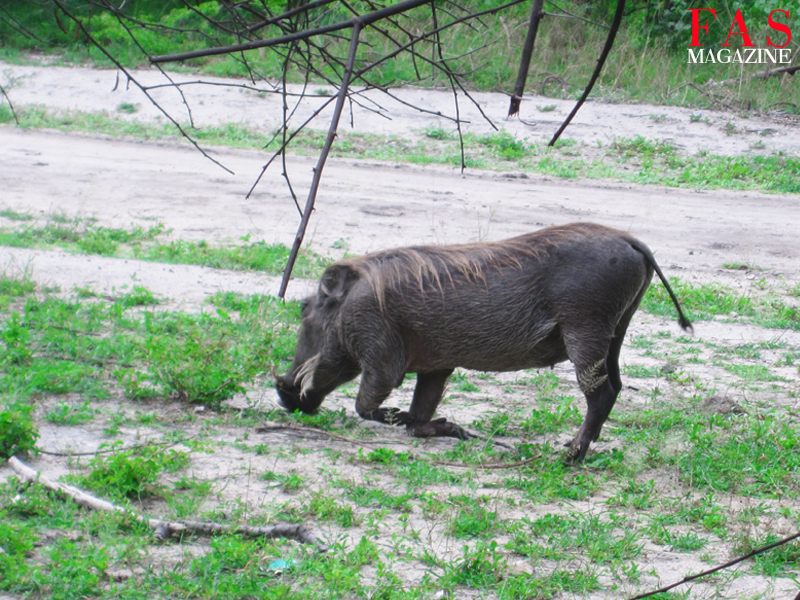 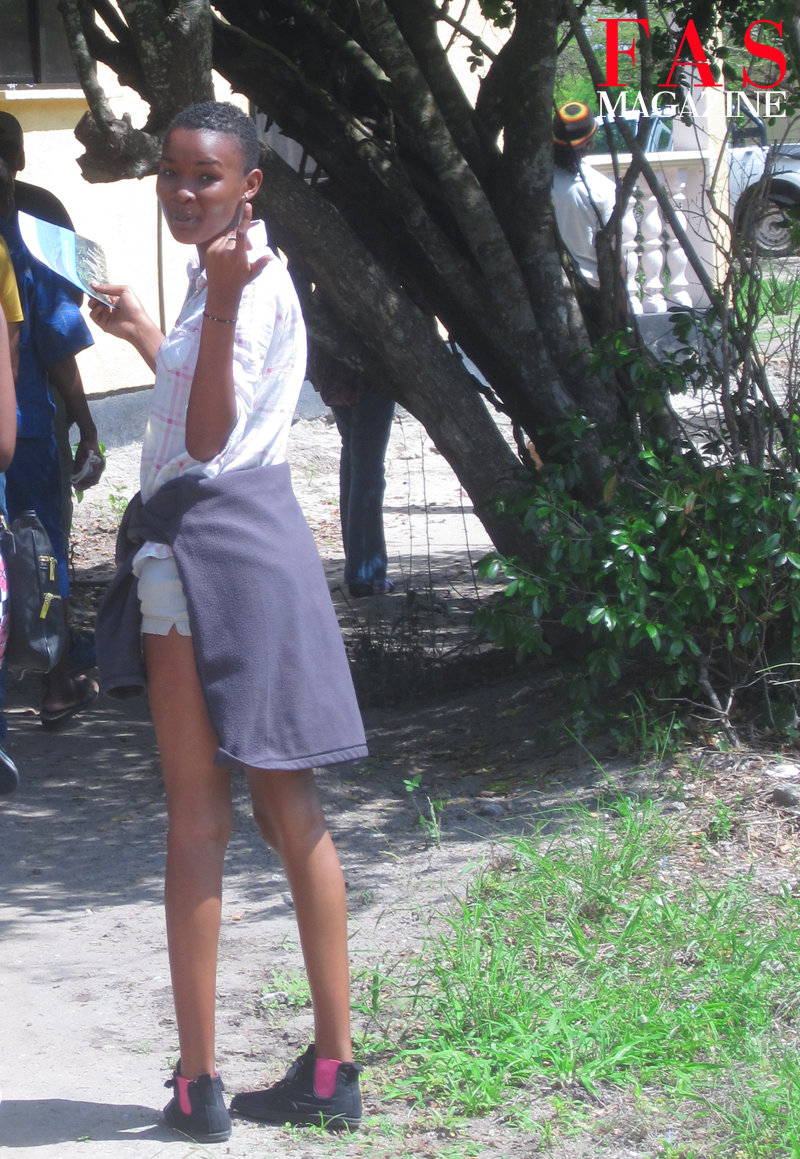 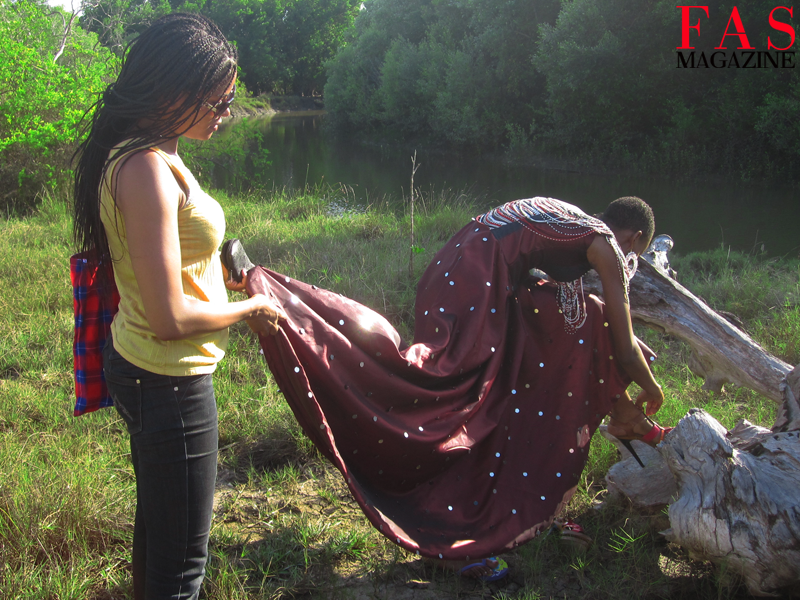 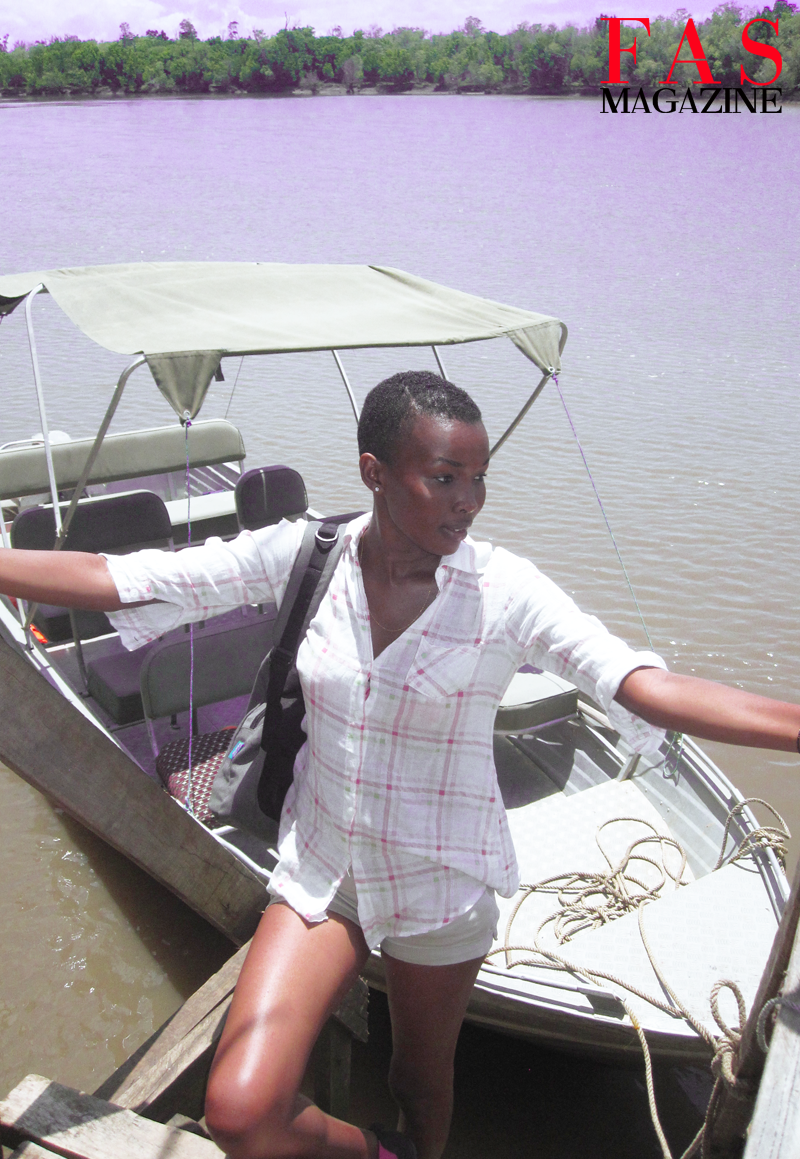 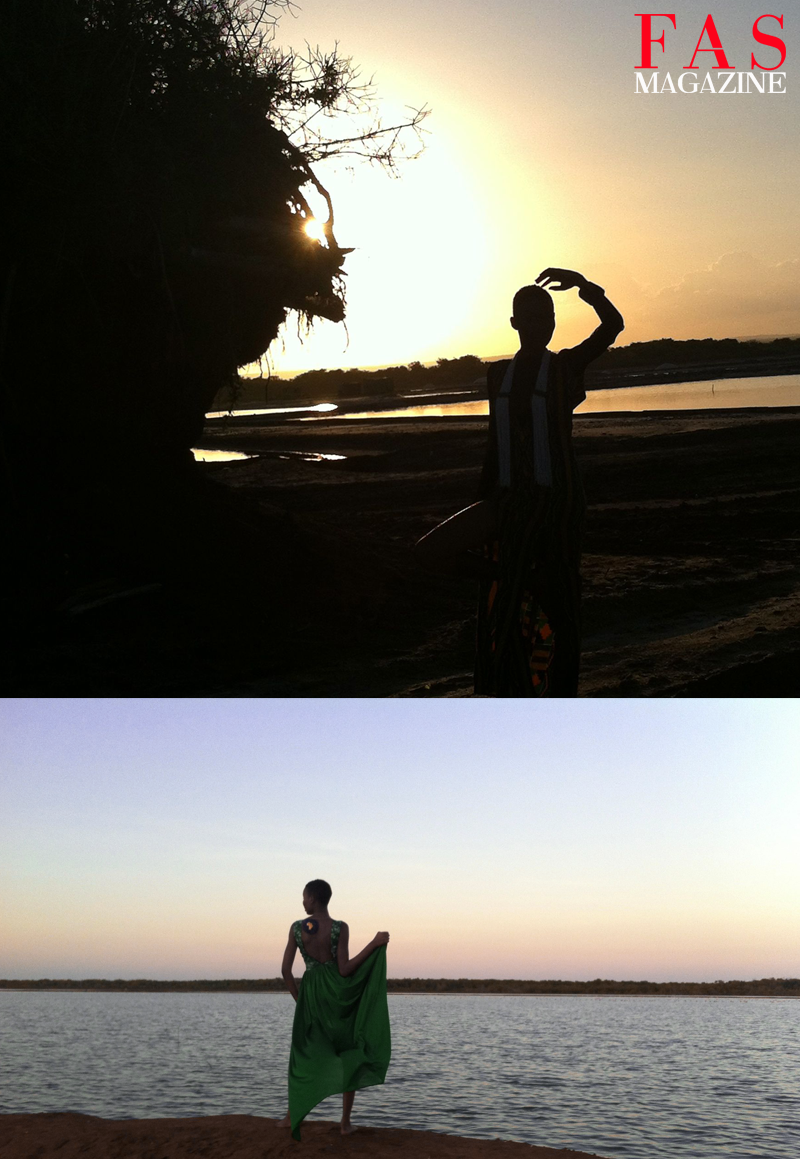 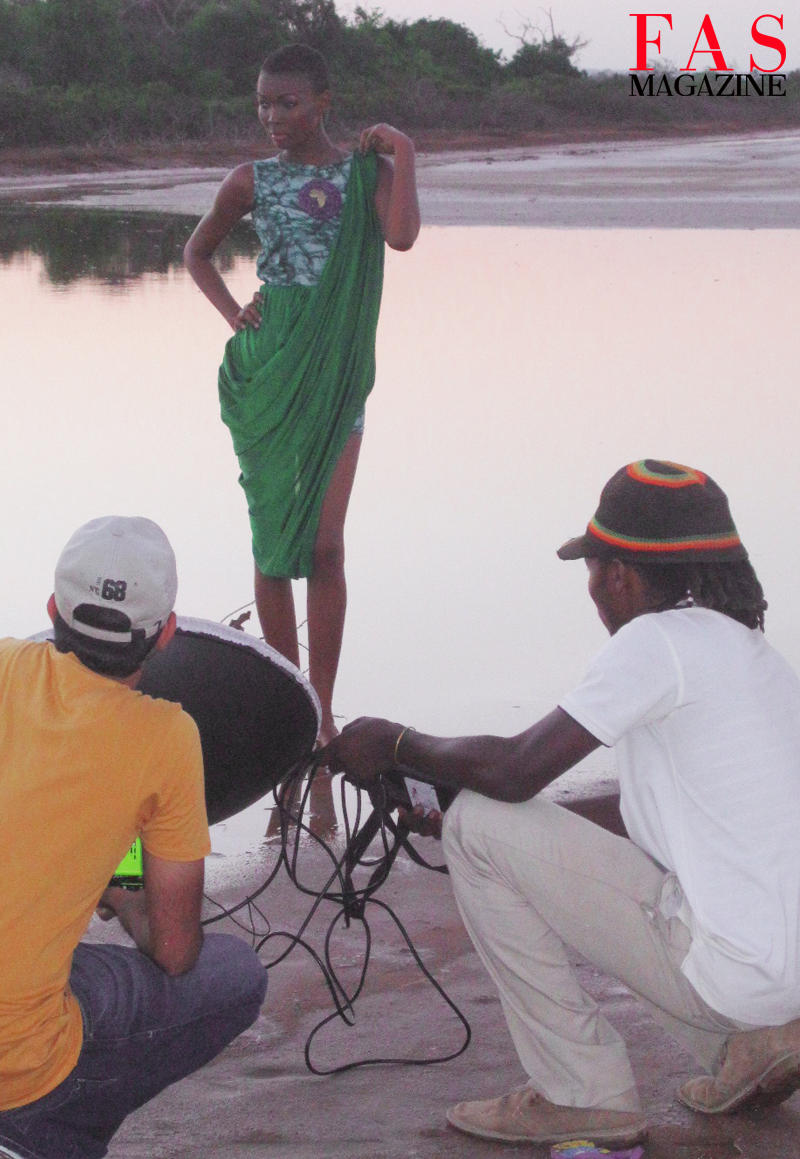 The crew with Miss Universe Tanzania 2013 Betty Boniface on set at Saadani National Park, Tanzania. Betty is wearing a Lucky Creations dress and a necklace from Ejipai. 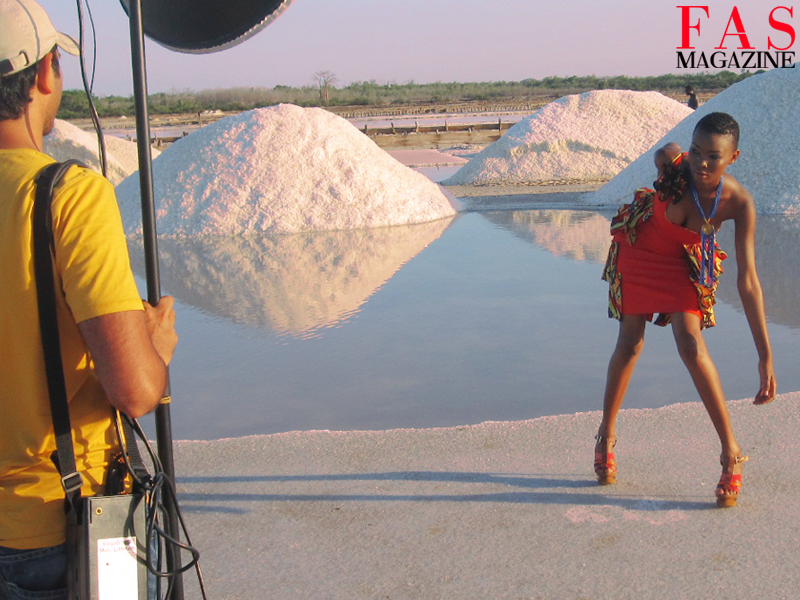 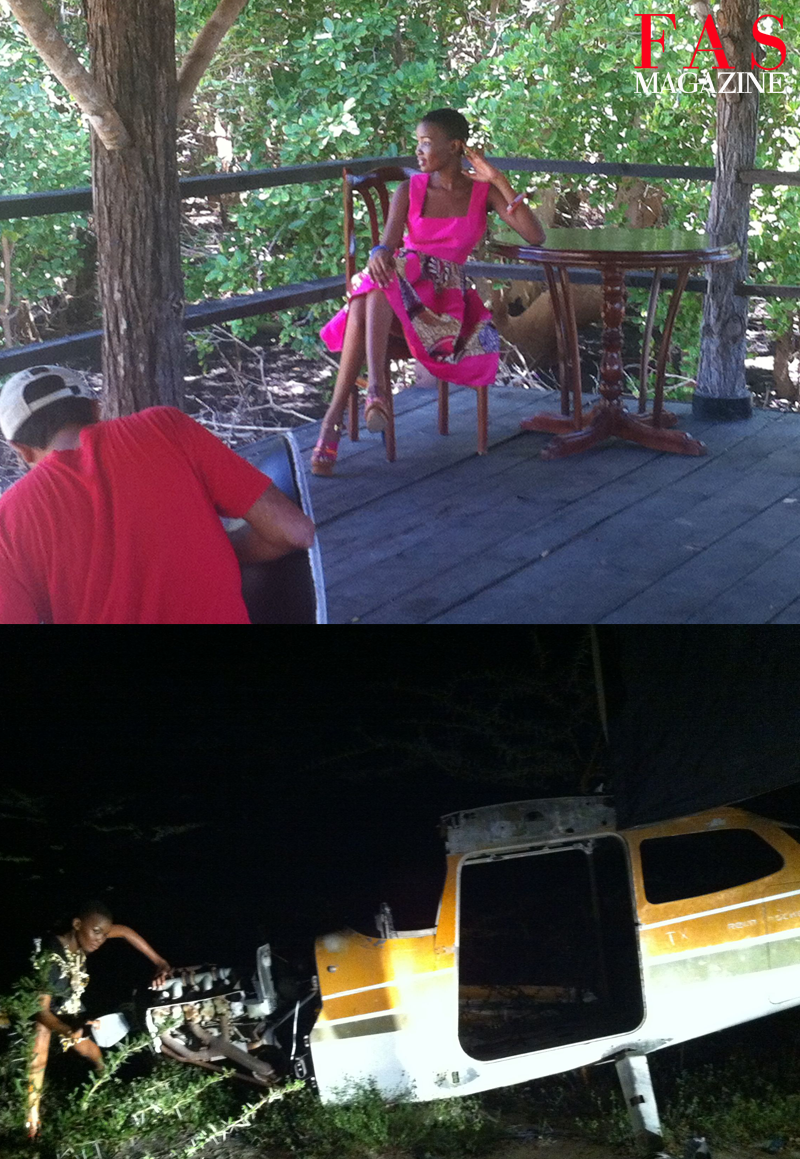 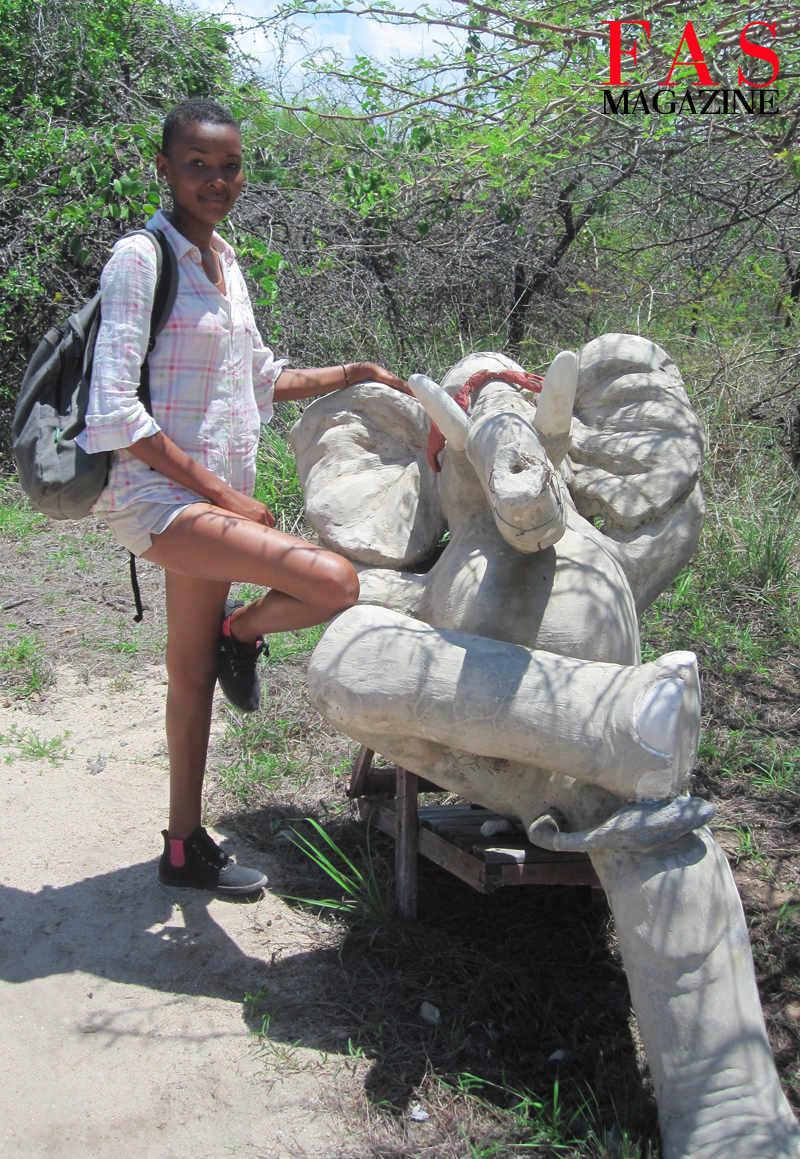 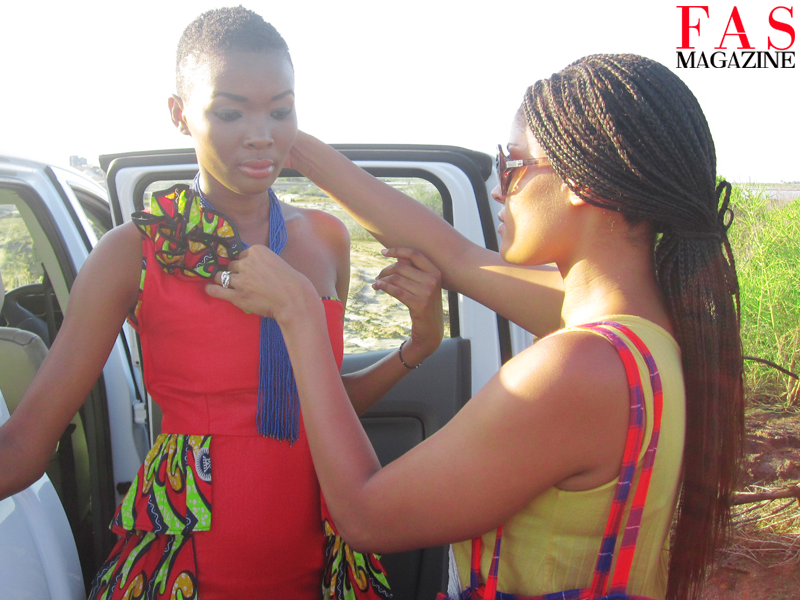