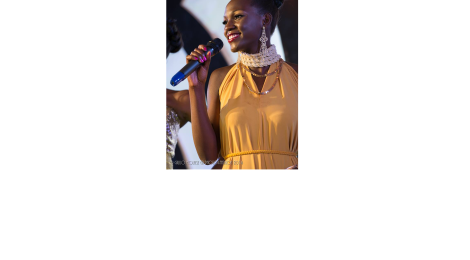 The choosing of Leah Kalanguka as Miss Uganda 2014, and Sitti Mtemvu as Miss Tanzania 2014 this October, was immediately followed by public objections. Objections  that the beauty queens are not good enough to represent their respective countries. The public outcry has led Sitti Mtemvu to quit the crown, while Leah Kalanguka remains unshaken and ready to defend her title.

Shortly after Sitti was crowned Miss Tanzania 2014, social media went aflame with dissatisfaction. Some of the allegations are; that she is older than she claims to be, that the competition was rigged, and that she won due to being a daughter of a member of the Tanzanian parliament.  Evidence to support these claims were posted by various sources on social media. These include records from the U.S Customs and Border Protection, a copy of her Texas drivers license, and her passport. All of which show she was born in 1989, which would make her 25 years old, and not eligible to compete in the pageant.

Sitti held a press conference last week to clarify the rumors about her age. She showed her birth certificate during the press conference, to prove that she did not lie about her age. This was not enough to dissolve this scandal though. FAS magazine was able to take a screen shot of a post from Sitti’s official Facebook page saying that  “due to the recent rumors about her after being crowned Miss Tanzania 2014, which have led her to not live in peace and freedom in her own country, she has decided to relinquish the crown. The crown should be given to someone who they think deserves it.” This post was then deleted a few days later and a new post read, “I think by now you have received news from the organizers of the Miss Tanzania pageant that I have not relinquished the crown. Rumors circulating in the media saying otherwise are all false. The Facebook page which posted the message that I was relinquishing the crown is not my page.”

The National Arts Council of Tanzania (BASATA) is currently investigating the judging procedures of the competition and other necessaries to clear the air over this scandal. If it is found that Sitti lied about her age, and the judging procedures were rigged, Tanzania may be disqualified from taking part in the Miss World Pageant.

Not very far from Tanzania, moments after Leah Kalanguka was crowned Miss Uganda 2014, the public also showed dissatisfaction over the judges’ choice of beauty. Kalanguka has been called ‘ugly’, ‘too black’, and other hurtful names that are discouraging and potentially hurtful. Unlike Sitti who quit the title and denied quitting after, Leah’s response to social media rants about her beauty was not only inspiring but brave. In her recent interview with NTV, she said that she will not be distracted by people’s opinions on social media. That there are many people out there who want to be in her position. She wants to be a good example to the youth. She will hold her head up high and represent her country with a purpose. She will not let social media put her down. That social media and all aspects that come with it, are actually making her stronger. It is okay for people to express themselves, she said.

This opinion was resonated by some of Uganda’s celebrities including the queen of comedy, Miss Anne Kansiime. Kansiime took her opinion about Miss Uganda 2014 on her Facebook page a few days ago. She said that Miss Uganda 2014 is completely beautiful and we ought to be happy that she is to represent us. Kansiime is glad that Leah will be the first Miss Uganda to open her mount to speak and not embarrass her country by what comes out of her mouth.

Whether or not Sitti lied about her age, and whether Miss Uganda is not beautiful enough in the eyes of her critics, these scenarios speak to current social and cultural problems facing East Africa today. Problems of cyber bullying and problems when it comes to how we perceive beauty. Both Miss Uganda and Miss Tanzania 2014 are educated young women with high potential to engage in and have  positive influences in their countries in not world wide.

So, is beauty in the eyes of the beholder? Does beauty trump brains? Is dark skinned less beautiful than light skinned?