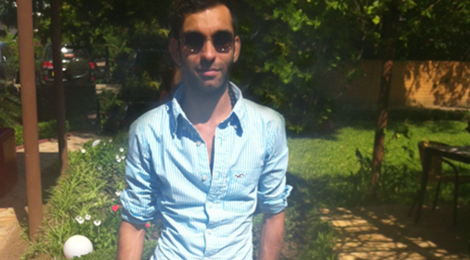 Street Style: Only 11 days until the launch of AR14 collection and Ally Rehmtullah is looking relaxed and stylish as ever! He is wearing a light blue shirt, mustard pants, yellow shoes, and Diane Von Furstenberg sun glasses. He has a friendly and open aura to him as FAS magazine sits with the popular Tanzanian designer for lunch at E’pidor Restaurant in Dar-es-salaam to chat about the launch of his new collection, and fashion in general. Surely, keeping that aura while organizing the most anticipated fashion show of the year, -‘Fashion Avenue,’ and designing his own clothing line – took some thought. 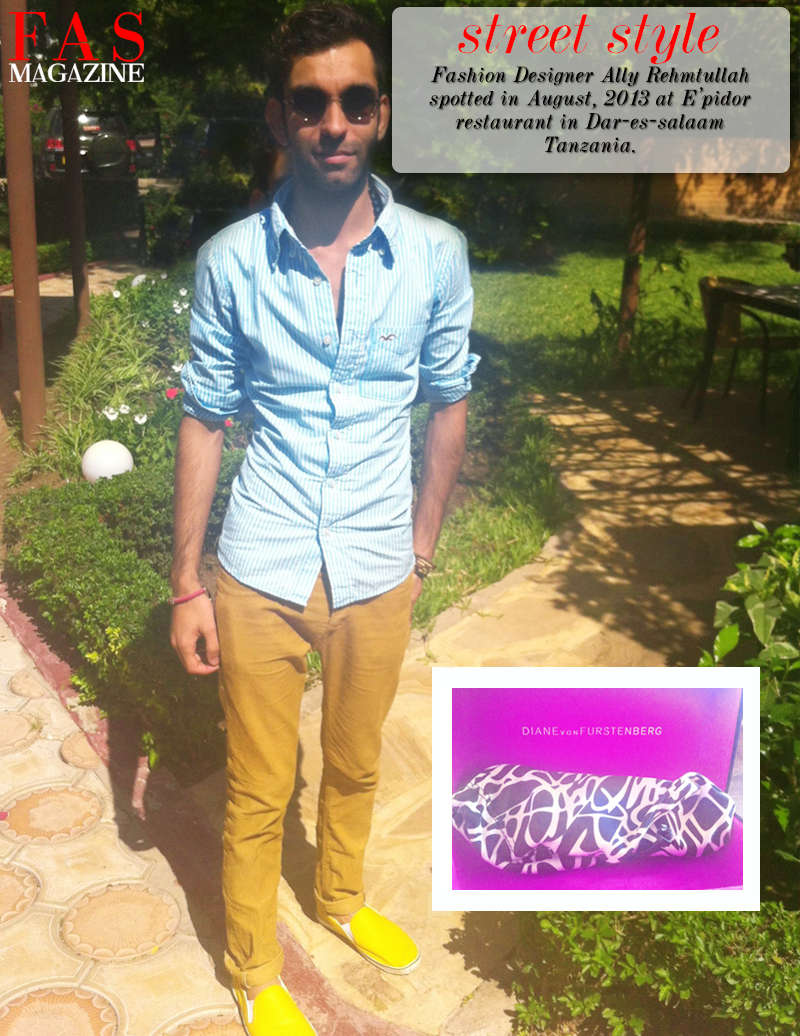 “This next collection will be easy on the eye,” says Rehmtullah. “It’s simple compared to my last collection which was more avant garde.” His recent trip to New York is the inspiration behind the AR14 collection. “Expect to see a lot of chiffon and satin in blacks, greens, and whites, inspired by the nightlife and energy of New York City. Not surprisingly, this launch sounds to be nothing short of masterful. Held around the same time last year, the launch of AR13 was spectacular. “This year, the launch will be themed around a fashion avenue.” Rehmtullah says.

To select the right models to showcase his new collection, Rehmtullah asked himself: “How does the model carry themselves?.” Having have held a casting call to select the right models a few days ago to strut his new designs, Rehmtullah understands that it takes more than just a good look to be a great fashion model. “A great model must carry themselves with the right attitude and personality.”

Rehmtullah has been designing for more than 10 years now. He has seen the Tanzanian fashion industry through various stages of change. “The industry of fashion in Tanzania is growing rapidly. There is a big interest in people to pursue fashion design as a career.” Rehmtullah informs FAS. The more it is taken as a career, the more serious of a business it would be perceived.

“To be a good designer, one must know what is trending out there in the world and be able to transform it to work here.” This think global act local approach of Rehmtullah has attracted to him major local and international brands to sponsor the launch of AR14. Mercedex Benz, Vocadom, Tanzania Cigarette Company, Red Bull and Peroni are just a few of the major international and local brands sponsoring the launch of ‘Fashion Avenue.’ The event is by invite only and 600 guests are expected to attend. It will take place on the evening of August 31, 2013 at the Serena Hotel in Dar-es-salaam. It will be streamed and can be watched live on Rehmtullah’s website: www.ar.co.tz

← Colour Me Bold: Bright bold colours as a sign of optimism and vitality in fashion now. See more…
The Beauty of Tanzania. The Ngorongoro National Park as captured through the camera lens by Shellina Ebrahim. See more… →